Banned music may carry a stigma for some, but it can also be a badge of honor. It means you've insulted someone in power, or at least hit a nerve. And while there's lots of objectionable music these days, it's rare for it to hit a political nerve the way South African band Freshlyground has with their new song "Chicken to Change." 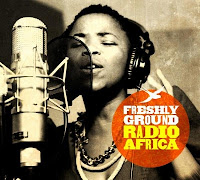 Aimed at the government of Zimbabwe (hey, weren't we in Zimbabwe yesterday?), the upbeat song first praises President Robert Mugabe for his revolutionary past, then takes him to task for losing his ideas and becoming a kleptocrat. The lyrics translate thusly:

of the dreams that you once held?
You promised always to open the doors for us
Indeed it is you and only you who sleeps with the key
You are chicken to change!

The band has had their Zimbabwean visas for an upcoming tour revoked (presumably as a result of the song, though Zim officials are being tight-lipped).

The song appears on the band's new album Radio Africa, and was recently featured on PRI's The World.