This month's SoundRoots / Spin The Globe top 10 chart, fresh as a late winter's day. You'll notice a new name at the top: Ravid Kahalani just popped onto my radar, and his amazing album has barely left my ears since. He's touring, and I'm planning to catch him in Seattle to see if there's as much heart and soul in his live performances as I hear in his recordings. He reminds me in different ways of some of my favorite singer/performers: Nawal (of the Comoros Islands), Jim Malcolm, Vusi Mahlasela, even folk singer Vance Gilbert (maybe it's the hair...). Check out his beautiful singing in the video below.

Also new this month are Mexican-flamenco-Arabic music from Nuriya, West African guitar by Sidi Toure, and pure percussion from Ritmodelia. And perhaps it's just a matter of great coincidental timing, but I couldn't leave off another percussion effort by Hossam Ramzy and Phil Thornton, just at a time when Egypt is indeed on the verge of being unveiled. Most of the links lead to listening, so click, explore, enjoy! 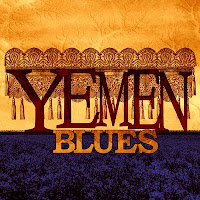 This is not the best 2011 Album,this blog is probably owned by Israelis.I am from Israel and I am not going to be biased.Fatoumata Diawara,Mamadou Diabate,Vusi Mahlasela,Bombino,Juju in trance are superior artists and albums.

Thanks for the comments, Anon. You may be a new visitor to SoundRoots, and not know that this is a monthly Top 10 list, not for the whole year of 2011 (that list will be posted soon, though!).

I won't claim to be unbiased; indeed, I'm not sure how one can review and rate music without personal bias. I'm biased toward acoustic music, and horns, and funk, and great musicianship, and more. Those preferences (and responses from readers and listeners) help determine each month's Top 10 list. But I would not let the bias of personal or tribal loyalty skew the list, as you imply.

Your recommendations are good, and many of those artists have made appearances here. I like hearing from readers who have different opinions, so please feel free to share more in the future.

Oh, and for the record, the blog is not owned by Israelis. It's actually strange to me to think of it as being "owned" by anyone. It's just my way of sharing music with the world...