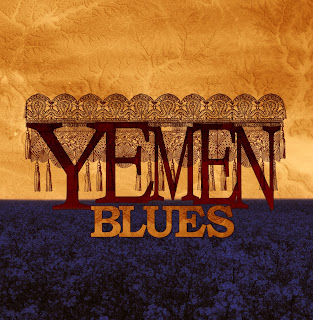 As protests spread across North Africa and Arabia, demonstrators called for a "day of rage" in Yemen. Yemenis and others have cause to be outraged, but I don't find rage a very useful emotion, nor one that encourages peaceful change. I hope that was a mistranslation and that events can proceed peacefully as so many people struggle to procure a voice in their government and their future. Our prayers are with them.

New democracies may emerge from the ashes of dictatorships in several countries. But even before that, something wonderful has emerged from Yemen. Or Israel, depending on how you count the heritage of Ravid Kalahani. His new album Yemen Blues is a fantastic blend of North African folk, funk, jazz, and various languages to go along with the varied musical styles.

Though they're from different sides of the Red Sea, Kalahani may be the successor to Ali Hassan Kuban, whose funky Nubian wedding music illuminates a little-recognized segment of world music. Just check out the track "Jat Mahibati," on which Itamar Borochov's trumpet bubbles through melodies just like famed Egyptian horn player Samy El Bably.

From the feisty dance tunes to the somber "Trape La Verite" (well, it sounds somber, though I have no idea what the lyrics are on about), this is a fantastic album that I'm confident will find a spot on SoundRoots' annual top 10 list, though the year has just begun. Don't miss it; and watch for the Yemen Blues tour in February and March.

Kalahani's Facebook says the CD will soon be available in the US (and he'll have copies at the shows), though I can't find it on any e-stores at present.

Another great Arab blues album is Mohamed Mounir - hasn't released anything lately, but he's one of the best Egyptian artists out there. Much better than most of the pop it's churning out.

Great suggestion, Jimmy. I'll likely be including some of Mounir's music in my mix on Spin The Globe today (http://spintheglobe.earball.net)