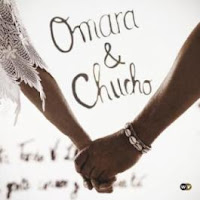 I listened through the new CD Omara & Chucho a couple of times before I realized why it wasn't what I expected. I know Portuondo from her Buena Vista Social Club work, and from various other tracks such as the one included on the Rough Guide to Salsa Divas. Which is to say, energetic Afro-Cuban dance tunes. Which the tracks on this new album most certainly are not.

What Omara & Chucho is, is a musical love affair between two amazing Cuban artists. It is intimate, personal, mostly on the quiet side, the kind of music you might expect in a small jazz lounge late at night, inspiring hand-holding lovers as much as it impresses folks just there for the music. It's not a place you go to dance, but you can listen, or mope, or cry, or hope that at age 81 (like Omara) or even a sprightly 70 (like Chucho) you will have such stories and the skill to share them so beautifully.

The two have conspired before, on Portuondo's 1999 Desafios, but this new album hearkens back to Portuondo's musical roots, and her 1959 debut recording Magia Negra, on which she covered Ellington's "Caravan" and "That Old Black Magic." Fifty-two years later, the singer returns largely to jazz, or Cuban songs with a jazz feel, on most of Omara & Chucho. Exceptions include the upbeat "Huesito" (with added vocals by Rossio Jimenez Blanco) and the swinging "Me acostumbre a estar sin ti." Wynton Marsalis adds his trumpet on "Esta tarde vi llover." Otherwise it's just Omara's voice and Chucho's piano throughout, channeling a lifetime of musical experience into a few quiet, sweet songs.