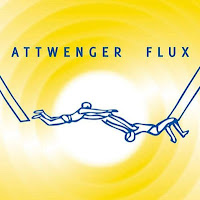 When I say "music of Austria" what comes to mind? Be honest: It involves om-pah-pahing, alpenhorns, and/or yodeling, doesn't it?

But come on, you and I both know that Austria isn't some rural backwater without internet access. So what happens when Austrian kids with mad drumming and techno skills decide to update old folk songs? I'll tell you what happens. Attwenger happens.

Imagine They Might Be Giants on a European ski trip, spending all day on the slopes listening to a blend of hip-hop, Chuck Berry, punk, and the folk songs of the Alps on their iPods, then staying up late into the night to make music. And that's Attwenger.

The duo's creation was something of a happy accident, according to the duo's drummer, Markus Binder. "One evening we had drum set on stage for a show with our traditional band. I wasn’t really a drummer; I just played for fun. I sat behind the kit and the others played traditional stuff, and it worked. ... This is the amazing thing: All these traditional tunes, polkas, and Alpine country sounds fit with punk or rock or hip hop drums. It works really well, but it was a surprise. Then we saw that this is the future."

Well, I don't know if its the future; I'll be more than a bit surprised if the next big thing is Alptronica (others have dubbed it Quirkabilly or Turbopolka) but Binder and accordionist Hans-Peter Falkner have created a fun and surprising music that works for the present. Most of the lyrics are sung in an Austrian slang that probably only a tiny proportion of the world's population will understand, but it's easy to understand that this is music meant for dancing and generally having fun.

Attwenger tour the USA in March, hitting Austin at SXSW, New Orleans, and New York. Specific dates are not yet listed on their calendar.