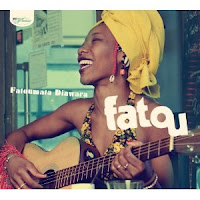 This month's Top 10 includes a new face at the top -- the ebullient Malian musician Fatoumata Diawara, whose debut album is a stunner. Also new: the achingly beautiful beautiful album from Iraq-born, Canada-based Serwan Yamolky and friends, a blast of funk from The Funk Ark, and edgy accordion from Tref. 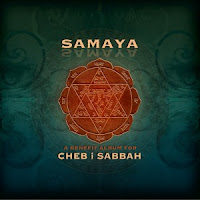 Of special note is the compilation Samaya, a benefit for ailing "world music" pioneer Cheb i Sabbah. With 22 tracks (more than two hours of music!) from artists such as Karsh Kale, Nitin Sawhney, Natacha Atlas, Bill Laswell, Bombay Dub Orchestra, Kailash Kher, and Zakir Hussain, it's no lightweight, and is filled with the kind of trippy, sometimes electronic, always compelling Middle-Eastern/Persian/Indian flavors that populate Cheb i Sabbahs' own releases. Your purchase, and prayers, support his recovery.

It was in May of 2011 when doctors told me that I had stage 4 stomach cancer and it had spread to my left lung and liver. I was given a less than six months sentence to live. They were wrong in part of their diagnosis; they did not take into account the power of prayers and love from the thousands of friends, fans and families that i received. It is because of your love, prayers and generosity that I am still alive today. After a major surgery and three months of intensive and painful chemotherapy in Germany, I have opted for phase two, an alternative and more holistic approach to healing in India and the US.

You can purchase the album directly from chebisabbah.com, or from Sweet Relief.