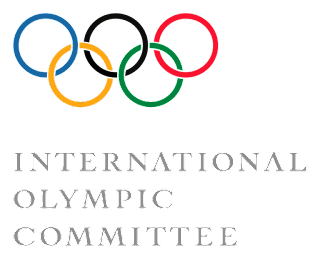 While my appointment as new head of the International Olympic committee isn't yet public, I know I can trust you not to spill the beans before the official announcement following the London Games. And I want to bounce a few ideas off you, some of my thoughts for reorganizing and improving the games, which -- as all of can plainly see -- are as unwieldy as they are exciting.

Depending on how quickly the organization can move in these directions, London 2012 may be the last Summer Olympics in the current format. As soon as organizationally possible, I'll be directing the IOC and national organizers to restructure in several key ways.

First, the Summer Olympics will be split into two parts, each occurring every four years, but alternating so there will be an Summer Games event every two years. And as you'll see below, there will be some additions and removals from the events included in each version of the Games.

A. Reorganization of the Games

Most dramatic is the new change to two versions of the Games. There has long been a tension between two kinds of events, and we think this division will alleviate that tension, as well as provide additional recognition for participants. 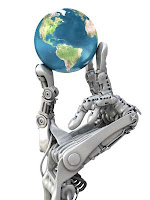 The Summer Science Olympics are not done in white lab coats (well, not most of them), but are named thusly because each event has a measurable, quantifiable objective, such as scoring goals, obtaining the best time, achieving the longest distance, or lifting the heaviest weight.

The Summer Arts Olympics is a showcase for style and skills that are just as remarkable as those on display in the Summer Science Olympics, but less quantifiable. These Games are judged on artistic merit, form, and style.

Clearly there is overlap between events that are measured and those that are judged; events may petition the IOC for a switch and the IOC will take all such petitions seriously.

Several events will be removed from the Summer Games entirely, due not to their lack of popularity or relevance, but because these sports already have international championships or competitions. Among the dropped sports will be football (soccer) and tennis. Less-recognized forms of these sports (such as futsol) may later be added to the Games.

Also dropped are the equestrian events, due to a new requirement that all sports be primarily human-powered. Note that proponents of equestrian events (including modern pentathlon) are considering petitioning the IOC for inclusion in the Summer Arts Olympics, or possibly in a separate Olympic Animal Games that would include equestrian, working dog trials, rodeo, show animals, camel wrestling, and, possibly, falconry.

Anyway, watch for the official news release. And in the meantime, if you have any feedback on the new direction, leave a comment below. I'll try to respond, but I'm pretty busy this week getting ready for the new job.