I don't want to call this a Top 25 list, and there won't be a dramatic countdown to the best album the year. I mean, really... who could say that the Ethio-jazz of pianist Samuel Yirga is better or worse than the Korean neo-folk of Geomungo Factory or the Bollywood stylings of Australia-based The Bombay Royale or the raucous Gypsy party music of Goran Bregovic? Not me.
What I will say is that these are albums that have garnered listener and reader response, have appeared in our monthly Top 10 charts, and have had me returning again and again to further explore their sounds.
Without further ado, the list (in reverse alphabetical order, just to be odd). Click on album names for more info and (in most cases) song samples: 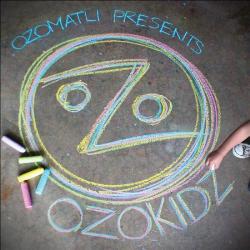 Fave Kids CD(s): Ozomatli – Ozokidz (a fun, very upbeat, bilingual outing that can be as fun for parents as for kids).
Fave Live Performance: I saw a number of great shows in 2012, including Dusu Mali Band, Baka Beyond, Erev Rav, Bucharest Drinking Team, Bombino, Playing For Change, and Goh Kurosawa & Sharp Three. But perhaps the most entertaining was Debo Band, the Boston-based Ethio-jazz / Ethio-groove band playing in the sunshine at Bumbershoot. Great stage presence, and while some of the indie-rock hipsters in the crowd may not have understood what they were dancing to, they were dancing nonetheless.
Fave Discovery: While a number of the 25 artists above were new to me in 2012, I'll veer far afield for this one. Saratuspersen have been around since 2001, but they only recently showed up on my musical radar, bringing an infectious blend of traditional Balinese gamelan music with hip hop and other modern sounds. So far only singles and videos have trickled my way; hoping for more music from them soon.
What were your favorite sounds of the year? What did I miss? Comments are now open.