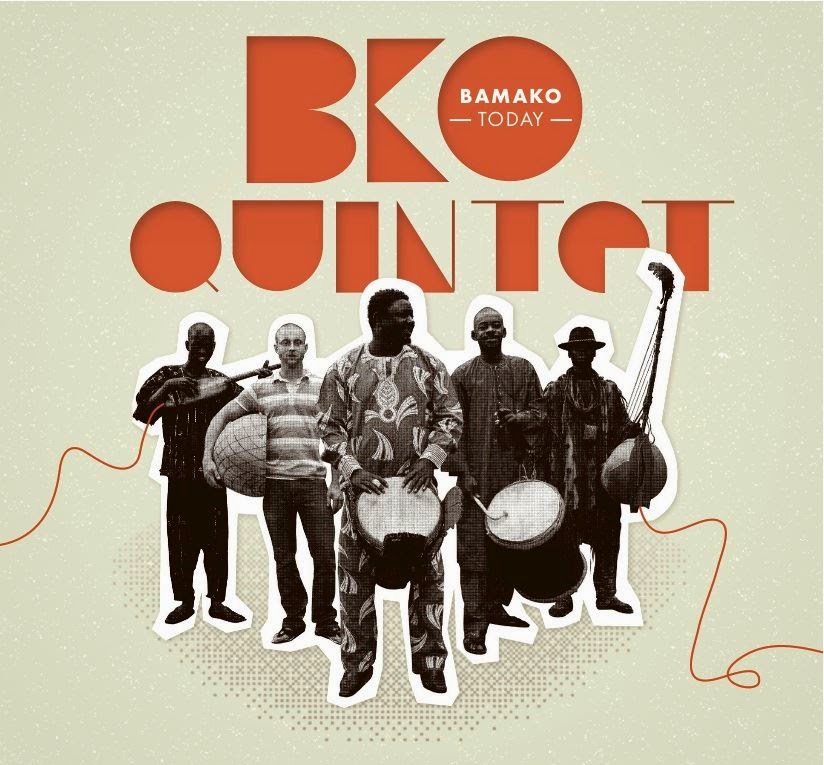 I've heard a ton of Malian music, and somehow it escaped me that the griots and the hunters were on separate musical tracks (maybe it's hard to track animals while carrying around a large kora?). In any case, the two traditions have finally met in the music of the BKO Quintet, whose album "Bamako Today" hits stores today.

The electric guitar that kicks in halfway through the opening track "Ntana" announces in no uncertain terms that this is not strictly traditional. But the old roots are clearly present, given voice by traditional instruments including djlingoni, djembe, and dunun khassonke.

The album also comes with a companion DVD about the group, which was formed in 2012 in the midst of a state of emergency prompted by (anti-music) Islamist extremists occupying northern Mali. The film tells the story of the band's first tour. I'm certainly planning to catch them if their second tour brings them to the US.