It’s the end of the year, and before I depart for my annual New Year’s trip to my secret retreat high in the Cascade Mountains, I want to clear my desk and computer of the backlog of albums submitted in the last few months. Starting the new year fresh sort of thing, you know? Since I’m on a hard deadline, these will be short and possibly highly opinionated. Here are the first ten, each followed by a video or listening link. Seffarine - De Fez a Jerez
Believe it or not, the exotic Mediterranean sounds of Seffarine come from Portland, Oregon. The first album from the duo of Moroccan singer Lamiae Naki and US oud player/flamenco guitarist Nat Hulskamp is an ear-caressing blend of sounds from Spain and north Africa, spiced with a bit of fiery instrumentation and percussion. A very promising debut.
https://www.youtube.com/watch?v=dxSttun6PcM

Den Sorte Skole - Indians & Cowboys
This album is highly hailed by some reviewers as some kind of wondrous beast hitherto unseen. I can admire the work that the Danish musical architects put into constructing each of the 13 tracks (each containing up to 37 different samples) — and I even enjoyed listening to a few of them — but overall this strikes me as the audio equivalent of Turducken. Too many parts, too little unique identity. But it could be fun for a party, or as the soundtrack to a dystopian film.
https://www.youtube.com/watch?v=bd2RCshDv60

Tara Fuki - Best of Tara Fuki
The cello is an amazingly expressive instrument, particularly when doubled and combined with two fantastic voices. Andrea Konstankiewicz-Nazir and Dorota Barová make simple, intriguing songs that all sound different although they never go beyond two cellos and two voices. Their compositions draw the listener in, even if one doesn’t understand a word of Czech. This compilation of their best is a great introduction to their work.
https://www.youtube.com/watch?v=QIkWpK6RiD0

Bareto - Impredecible
Peruvian cumbia seems to be in vogue of late, what with labels releasing compilations of oldies, psychedelic cumbias, and the like. Bareto seems poised to exploit this market with their cumbia sound that blends a retro vibe with crisp contemporary fidelity, including a nod here and there to reggae and Hawaiian slack-key. Definite fun. And if you like Bareto, you might be interested in the compilation Sounds and Colours Peru, which includes one track from them along with 19 other songs from Peruvian cumbia, rock, alternative, jazz, and metal bands. Sure to expand your concept of Peruvian music!
https://www.youtube.com/watch?v=JgO1HdxmFwo 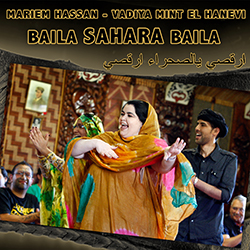 Mariem Hassan & Vadiya Mint El Hanevi - Baila Sahara Baila
It may be impossible to listen to this album without thinking of Mariem Hassan’s death in a refugee camp in mid 2015. The Sahrawi singer always used her powerful voice in service of her deep devotion to her people and her culture, displaced and stateless following the invasion of Western Sahara by Morocco in 1975. With sharp vocals and electric guitars front and center, the music evokes the spirit of a defiant desert people.
https://www.youtube.com/watch?v=ds4h3tsChUg

The Brothers Nazaroff - The Happy Prince
On the surface, the songs this re-recording of Nathan "Prince" Nazaroff’s 1954 album Jewish Freilach Songs might be dismissed as a novelty project. But the bittersweet songs (is there Yiddish music that isn’t bittersweet?) echoes themes that still plague us today: income inequality, hard luck, and romantic miscues. And of course, amid that, reasons to be grateful. The generous album and song notes make this album educational as well as enjoyable listening for any Yiddish/klezmer music fan.
https://www.youtube.com/watch?v=o68BNz6fQOU

Vula Viel - Good is Good
Ghanian jazz? That’s what you get with this UK-Ghana group. Opening with the energetic “Yes Yaa Yaa,” the album includes some off-kilter rhythms (“Takyen Korakora”), but its instrumentation and driving basslines will make a great intro to Ghanaian flavors for your friends who are more familiar with the culture of nightclubs than that of the West African nation. A short album at just 40 minutes, it’ll leave you wanting more.
https://www.youtube.com/watch?v=42WaeO4USwg 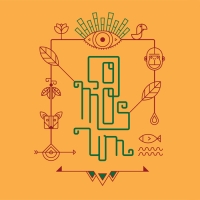 Ba-Boom - Somos Um
This 11-member-plus group could probably power the city of Sao Paulo. On a foundation of Brazilian percussion, they layer on reggae and a killer horn section in arrangements that never dip on the listenability scale. More pop than “world music” you say? Maybe, but that’s not going to make me enjoy them any less. One of my favorite releases of 2015 — and you can download it free from their website at http://www.projetobaboom.com.br/.
https://soundcloud.com/ba-boom/sets/somos-um

Joseph Tawadros - Truth Seekers, Lovers and Warriors
Tawadros is an oud player who begins his new album with a tango. So no, it’s not strictly traditional. With a title pulled from Hunter S. Thompson (“Walk tall, kick ass, learn to speak Arabic, love music and never forget that you come from a long line of Truth Seekers, Lovers and Warriors”), this album is full of virtuosic flourishes and adventurous choices, making it one of the more stimulating instrumental albums of late.
https://www.youtube.com/watch?v=JdNjZelO5os

Alba's Edge - Run to Fly
I wouldn’t necessarily seek out an album labeled as “Celtic jazz.” But Alba’s Edge is starting to win me over. The group’s members boast diverse musical backgrounds — including ska, funk, and afrobeat — and you taste that spicing beneath the lead flavors of piano and fiddle in their alluring (and curiously titled) tunes.
https://www.youtube.com/watch?v=7FCO2Ku6OWc